1964
Arthur Raymond establishes the Pente des Pays d’en Haut, now known as the Glissades du Domaine des Pays d’en Haut. When it started, the company offered tobogganing on two trails with one rope tow. There were about ten employees with a cafeteria for clients.

1979
Arthur Raymond passes the company on to his two sons: Constant and Mercier.

1984
Too rigid and difficult to control, tobogganing is replaced by tubing.

1987
First runs with curves created; quickly became the specialty of the company thanks to state-of-the-art technology. A secret well kept to this day!

1988
Installation of an artificial snow system.

1989
Construction of the main chalet. 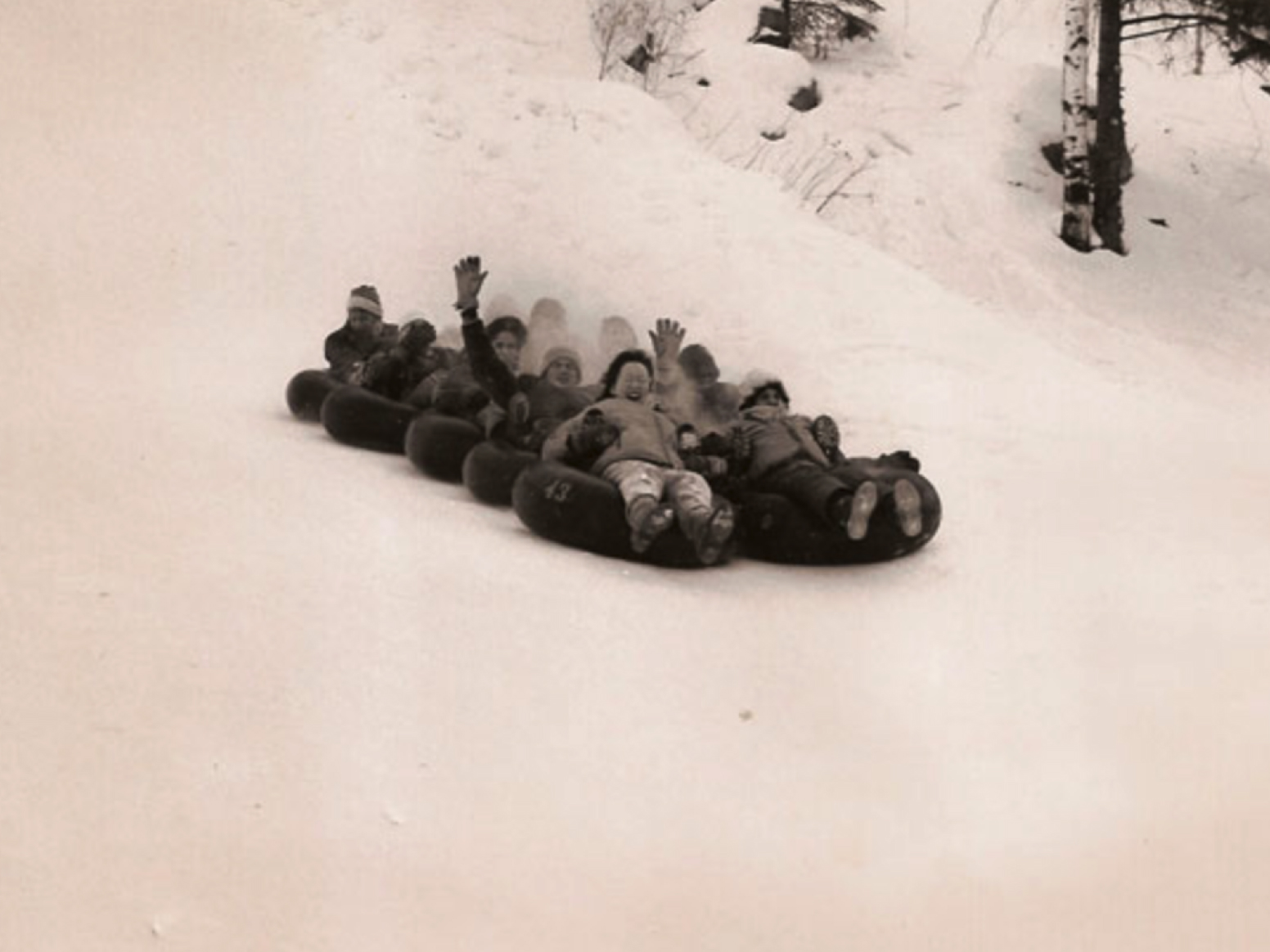 1990
Installation of a double chairlift.

1993
Development of a second group of trails, the highest in the centre at 250 feet.

1995
New slope just for snow rafting. It has its own lift to pull people sitting in the rafting rides to the top of the mountain.

2001
Addition of Tornade ride to the Rafting slopes.

2003
Installation of the first magic carpet lift in order to reduce waiting times and to make the lift more accessible.

2004
Installation of the second magic carpet lift following the success of the first and removal of the rope tow.
Construction of a 10,000 square foot hall connected to the main chalet that can seat approximately 900 people.

2008
Julie and Nicolas Raymond take over the business alongside their father, Mercier Raymond.

2009
Opening of the Yeti Park, a new area including 12 mini tracks dedicated to school activities.
Introduction of our mascot, Yétubo the yeti. 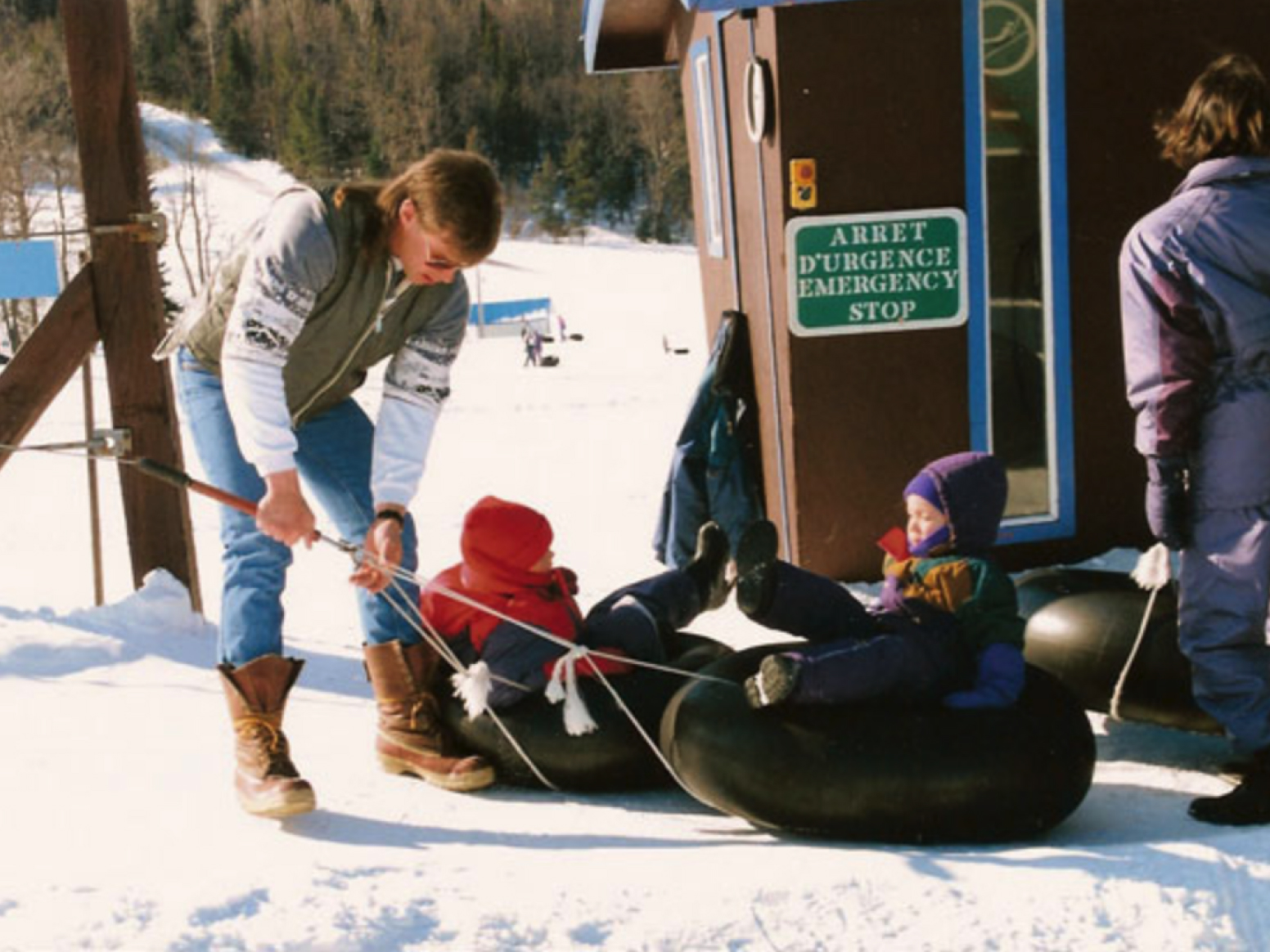 2012
Implementation of the new Rafting and Tornade made from molded plastic, providing more comfort and speed. A unique innovation at Glissades des Pays d’en Haut.
Significant investment in snowmaking systems.

2013
Celebration of our 50th Anniversary. Lighting of the Rafting & Tornado slopes. Improved menus now offer more healthy options. The company stands out from the rest because of its excellent customer service that puts the emphasis on human relations and flexibility, as well as state-of-the-art technology which allows a thrilling and safe experience.

2015
New Bobsleigh sector with 3 trails and a unique lift.

2018
Inauguration of the Vortex360 with 3 new trails.
Major investment in our artificial snow making system.
The addition of several snow cannons will significantly increase the snow capacity of our centre more quickly.

2019
Celebrating the 55th anniversary. New tube drop-off closer to the chalet. Major renovations of our bathrooms. 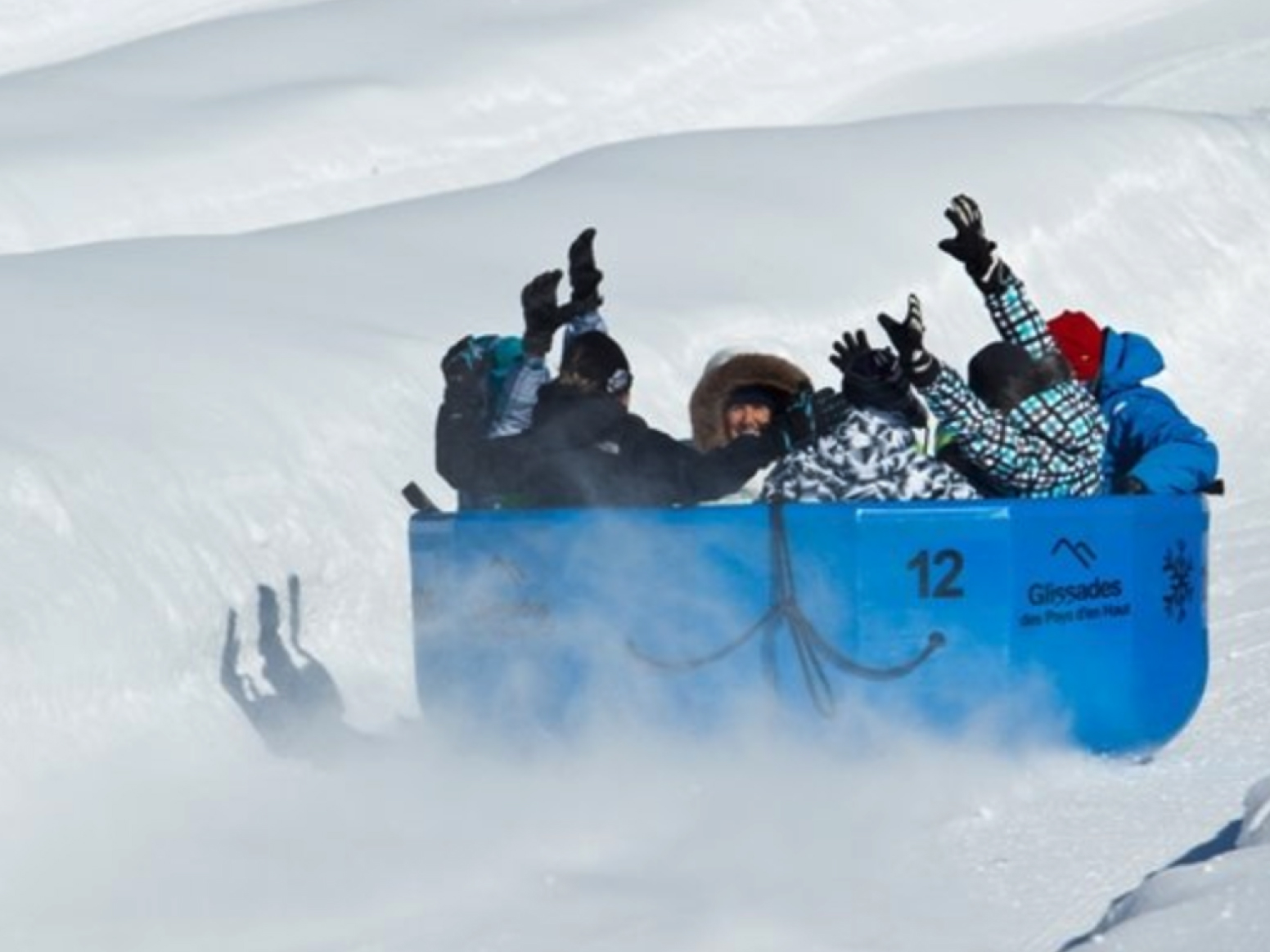